ebook The Giza Mountains of Sinai 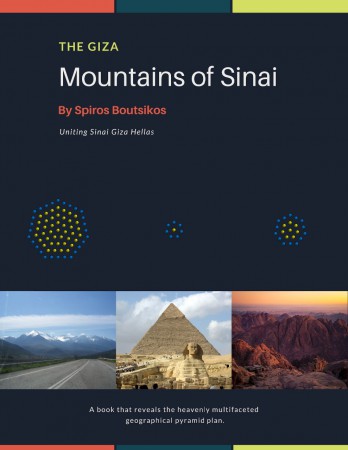 The Giza Mountains of Sinai

A book that reveals the heavenly multifaceted geographical pyramid plan.

Offering a radically new perspective on the Grand Pyramids, Spiros Boutsikos demonstrates how the designers of Giza intentionally arranged these massive structures to create a scaled down version of mountain triads in Greece and Egypt. The orientation of the pyramids was also planned so as to precisely target these holy mountains. He reveals how Egyptian Old Kingdom pyramids were created, not as tombs for the pharaohs, but as geodetic landmarks encompassing geometrical properties of special numbers. Each number was thus related to a specific fatherland and to specific heroic, religious, and ruling figures.

Through the use of photos, maps, and diagrams, the author uncovers sacred geography behind the erection of these structures. The size, coupled with the distance and direction between the Giza pyramids is easily formulated. The internal structure of the Khufu Pyramid is explained, both by taking a reference mountain altitude, as also by taking a self-consistently formulated arithmetical grid. With this discovery passages in the Bible, Old and New Testament, now start to make more sense. The effectuality of isopsephism in our subject necessitates a new perspective involving the evolution of language and writing systems, especially in the Eastern Mediterranean area. The multitude, accuracy, and internal beauty of the overall plan assures us that this Herculean feat was in no way carried out by a mortal.